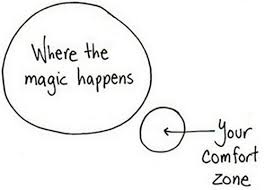 One of my all time favorite pieces of business and motivational literature is a speech given by insurance executive Albert E.N. Gray entitled “The Common Denominator of Success.” Some of the more salient points of this address were popularized by Earl Nightingale in later years.

“Making it” in dentistry, or any other field takes effort, energy, and endurance; three things that are increasingly difficult to find. But the key ingredient is adhering to a set of natural laws and systems that get results. That sounds easy, but it is much more fun and entertaining to run off after the latest fad or new idea, show up late and leave early, or forego additional wants in order to avoid the work, effort and energy it takes to become better.

I have frequently thought that there are few professions to which Albert Gray’s quote applies more than dentistry. There are few professions or professionals that I have seen that work harder at not working than dentists. In dentistry, it seems to be a badge of honor to not work very much. You’ve heard the conversation. A dentist will ask a colleague, “How many days-a-week are you seeing patients?” “Four days,” the other dentist responds to which the inquiring dentist replies, “Well, I’m only seeing patients 3 days a week.” And then he strides arrogantly away!

Sometimes it gets so bad that this “Don’t work” syndrome seeps down to the earliest entries in the dental field. I recall a dentist out of school just a few years who was only working 3 days a week. His practice was suffering, his production was mediocre, but he sure knew how to strut on the golf course two to three days a week!

Maybe I am out of touch here, but if your goal is to work less and see patients as little as possible so you can do other things, you might want to seriously consider your approach to your chosen profession. I have never seen anyone rise to any level of true success that did not put in the effort, energy and endurance to get there.

Case in point: I read Geoff Colvin’s book, Talent is Overrated – What Really Separates World-class Performers from Everybody Else, as recommended to me by Olympic Gold Medalist, Lanny Bassham (www.MentalManagement.com) If you want to read something that will give you some great hope, especially if you don’t think you are particularly talented in any one area, this is the book for you. As the title suggests, Colvin makes the convincing case that we give far too much credit to talent when observing the success of others, and we have far too little appreciation for the work that it really takes to be great. Becoming good – really good, takes effort, energy, and endurance. That’s why it is, as Albert Gray suggested, a lot “easier to adapt to the hardships of a poor living than it is to adjust ourselves to the hardships of making a better one.”

So, where are you slacking off? Where have you adjusted your desires, ambitions and attitudes to a lower level of accomplishment? Where do you need to step it up and apply some additional energy, effort and endurance? The “hardship” on the front end might take some sacrifice, but the success on the backend will be much better than the long, unending hardships of adjusting yourself to a lower level of success.