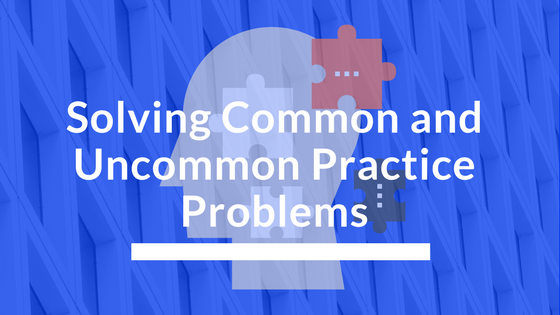 One of the core values of the ToPS Institute and the Crown Council is the value of mentors and the idea that it is better to “copy genius than it is to create mediocrity.”

To that end, each year I go on a quest for new mentors and new ideas.  One of the most fertile grounds is outside dentistry where I find things that are working that would apply well to another situation.

My first idea/mentor quest of the year took me to Las Vegas, NV where I had the unique opportunity to sit down one-on-one with the CEO’s of three of the top hotels on the strip.  Not only are these guys hard to corral, even when you do, it is hard to get them to open up.  But open up they did.  The things they shared could fill volumes, but there is one concept that really struck home that is immediately implementable by any leader of any business TODAY!

In pressing these CEO’s for details, the CEO of the one of the most prestigious properties on the strip simply said that the multitude of situations that have to be handled each day are unimaginable to most people.  Each day is packed with tough calls and challenges.  All of them have to do with people.  But it is just part of the job.  It comes with the territory.  He said that every day he gets up knowing that he is going to have to deal with some of the most bizarre people problems on the plant.  So early on, he set up the management systems to handle the typical, every day variety problems.  We will call them “common” problems.  With systems and qualified associates in place to handle common problems, it frees him up to deal with only the “uncommon” problems that require a higher level of sophistication and judgment.  It is a common sense management idea that is uncommonly practiced by most dentists.

So what are your most common, every-day patient and team member problems?  Do you have a system and the people in place to deal with these “common” problems or are you having to deal with every problem in your office like it has come along for the first time; like it is a “special problem.”  If your leadership style is one that meets every problem that comes along like it is an “uncommon” problem, then you are worn out, burned out, and fed up.  Living each day by dealing with EVERY problem like it is unique and different will wear out even the most gifted leader.

Here is a list of “common” problems for which a system should be designed and a person assigned in the office to deal with it:

Patient requests for a discount.

Patients who show up late or no-show.

Lab work that is not back for an upcoming patient.

Quantity of supplies to order.

Patients who complain that their insurance did not pay, etc.

With the “common” and “uncommon” problem idea in mind, remember that sometimes the most alarming patient problems can be solved with a little personal attention from the doctor.  Some patients just want an audience from the “boss.”  They want to feel special.  Others just want their problem solved.

So make your list of common and uncommon problems today.  The common problems are easy to identify because you deal with them so frequently.  That’s when you need to get to work on the solution and the system for handling that problem easily in the future.

Make your leadership role more enjoyable.  Find common solutions to common problems and delegate the solution so you only have to deal with the “uncommon” problems that only come a long every once-in-a while.  That’s your job as the leader.  To learn from leading ToPS practices and how they determine solutions to their common and uncommon problems, join us at our upcoming Leadership Academy on November 17-18 in Dallas-Fort Worth, TX. For more information, visit our website at www.totalpatientservice.com/leadership-academy.