How Do You Compete?

Home/Blog/How Do You Compete?
Previous Next

How Do You Compete?

At our Crown Council Annual Event in Las Vegas a few years ago, I highlighted some businesses worth emulating. One of my favorites is the Donut Stop 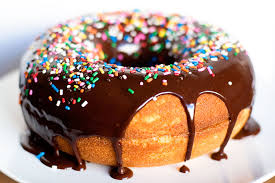 in Amarillo, Texas. Founders, Rose Martha and Jim Cates provide a great case study on how to stay competitive.

Their story is well-known in Amarillo. The hometown chain (Donut Stop) was put on notice when Krispy Kreme announced their entry into Amarillo. Jim immediately packed his bags and went on a tour of Krispy Kreme locations around the country to see what they did well and what they did not do well. He returned with the data and they formed a new strategy.

The mistake in “competition” is trying to outdo the other by doing what they do a little better. The Donut Stop didn’t even try to compete with Krispy Kreme head to head. They looked for the differences and capitalized on them.

So the next time you are tempted to copy the office down the street and try to do what they do, but just a little better, STOP! Look for the things you do that the competition does not do and accentuate those assets that are difficult to duplicate. You’ll have a better chance of standing out from the rest and customers will beat a path to your door.