The Opposite of an Idea

Home/Blog/The Opposite of an Idea
Previous Next

The Opposite of an Idea 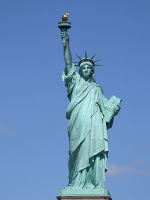 Years ago while speaking in Colorado Springs, a dentist came up to me at the break and thanked me for improving his golf game! I questioned him since we had said nothing about golf. He shared that he had always tended toward putting short. He realized that the biggest reason was because he always said to himself while putting, “Don’t land short.”
The principle we discussed was the fact that you can’t focus on the opposite of an idea. By telling himself NOT to land short, the only thought he really heard was, “Land short.”

If I say to you, “Don’t think of the Statue of Liberty,” you can’t do that either. The mere mention of those to words, Statue and Liberty, and the image immediately pops into your mind.

Consider always talking and thinking in terms of what you WANT, not what you DON’T want. Turn “I don’t want to run late” to “I hope we run on time.” Turn “The problem is that nobody shows up” to “We want more people to show up.”

Tell yourself and others what you want to make happen. When you do, you create a picture in your own mind and the mind of others of what the most desirable outcome is. And when you do, every mind will respond by working on how to make that happen.
It all starts with the picture that you paint with your words. So paint carefully so you get want you ultimately want.