A Leadership Lesson From The Ranch

Home/Blog/A Leadership Lesson From The Ranch
Previous Next

A Leadership Lesson From The Ranch 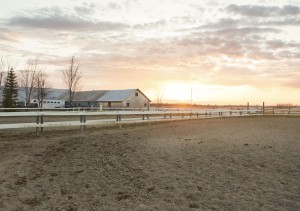 Who’s the boss? Sometimes team members get their roles confused. A leadership lesson from the ranch speaks volumes.

Years ago, one of my mentors purchased one of the largest ranches in Texas after having built and sold a very successful beer distributorship in Houston.

While riding around the ranch one day together, he turned to me and said, “Well, looks like it’s time to fire my head ranch hand again.” My first response was “Again?” He said, “Yes. Every two to three years I have to fire him for a few days and then I re-hire him!”

I asked him more about his reasons. He said, “Every two or three years my head ranch hand starts thinking he owns the place. He starts talking about his truck, his horses, and his barn. Because he has been around so long and he has some responsibility, he starts forgetting who really owns the place and to whom he is accountable. So, I have to fire him every couple of years to remind him who the boss is!”

If you’re not careful, the longer your team members work for you, they can fall into the same trap and forget to whom they are accountable. The symptoms show up in their behavior and the execution of their responsibilities. When both start to get lax, you know they are starting to forget who the boss is.

So if you have fallen into a similar trap, DON’T GO FIRE YOUR TEAM! (At least not yet!) Instead, put the accountability and feedback systems in place to remind everyone on the team to whom they are accountable…to the leader and the owner of the business. If the systems are not in place, you may just be tempted to do like the ranch owner did and fire you team for a few days…but I don’t recommend it!