Home/Blog/The End of Being “P.C.”
Previous Next 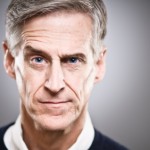 For the last decade or so, being “politically correct” (P.C.) has become, for many people, an obsession to the point that it is destroying families, businesses and countries. There are certain topics that you just don’t discuss if you want to be “P.C.” and don’t want to offend anyone.

The biggest problem with being “P.C.” is that the biggest issues go unaddressed and serious problems result.

Family: Johnny wants to drink underage, all the other kids are doing it, and many other parents condone it and support it even though it is against the law. But because “everyone is doing it,” it wouldn’t be “P.C.” to stand up and go against the crowd. After all, you might offend some of the other parents. Really?

Dentistry: A new patient comes in that has been going to another dentist regularly for years, but you discover the patient has severe periodontal disease that has never been addressed. It just would not be “P.C.” to say anything derogatory about the other dentist. Really?

Country: Being P.C. has become such a big deal in our culture, that you can’t say anything wrong about anything or anybody because you might offend. Meanwhile the moral, cultural and legal fabric of many countries is coming unraveled. But at least no one is offended.

Being “P.C.” has gotten us nothing but trouble and serious problems, that need to be addressed at just about every level of society. It’s time to give up on being “politically correct” and start “Standing for Something” (SFS). When you SFS, you have to have courage to go against the grain a little or a lot in order to do the right thing. You can SFS without offending or being offensive if you have the right intent and the right verbal skills.

So what do you REALLY believe about family, work, and community/country? It is high time all of us SFS and get the courage to speak up for what is right in the right way. That may not be “P.C.”, but we all know where that has gotten us. So let’s try a little “SFS” in the right way.