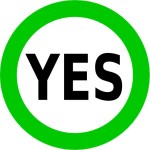 Helping Patients Say Yes In More Ways than One!

Helping patients say yes has as much to do with how things are presented as it does with what patients want. Many times patients will ask about something, or make a request for something, that you might not immediately be able to deliver. Other times, the way you present something will immediately determine the response.

Instead of saying “no” to a patient in response to a request you can’t fulfill, find a way to say “yes” by giving them choices that, no matter which choice they make, will end in a “yes.” For example, while looking for a new home, we made several requests regarding the design and layout of the floor plan. Instead of telling us “no” to several of our requests that could not be accommodated, the agent gave us two options of things that were available to choose from. Either choice we made would result in a “yes.”

In the dental office, one of the best, and most powerful, ways that is almost guaranteed to get a “yes” to fluoride treatment is to give the patients a choice of two flavors. Instead of asking IF they want fluoride, ask them which flavor of fluoride they would like, mint or grape. Give them a choice of two things – both of which will work.

Find new ways to get a “yes” by giving patients a choice. Don’t give them a chance to say “yes.” Give them a choice between two yeses!