Home/Blog/“That’s Too Expensive”
Previous Next 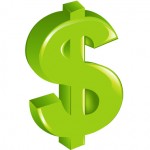 Consider how you typically respond when patients say treatment is too expensive.  Is it because:

The list could go on.  The point is that you have no more idea of how to answer that question without additional information than you would know how to treat a patient who calls up and says her tooth hurts until you did an exam personally to see the real condition.

Every patient has a unique situation…a story.  Until you really understand her story, or his reason for asking, there’s no quick fix verbal skill that will answer the question.  It’s about the relationship first, not the case or your fees.

So the next time a patient says, “That’s way too expensive!” just stop.  Take a deep breath.  And listen as you ask…”Tell me more about that.”  You might be surprised to hear what comes next.  The reason behind the question will most likely be something you had not considered.